Wayne Penman (left), Alan Drew and Trevor Gielen pack Southern Bluefin Tuna ready to be exported to the Japanese market at Lee Fish, Leigh New Zealand.
The Japanese like their tuna perfectly unblemished, says NZ longline Skipper Michael ‘Smithy’ Smith —unless there’s a good story behind the damage. Sometimes a mako shark will attack a tuna while it’s on the line, biting the tail off so the fish can’t swim away. “We actually get quite good money for them sometimes, if it’s a bit garked up and it’s died in battle with a shark. It’s got a bit of mana, I suppose.”
Shot on assignment for New Zealand Geographic Issue: 170 July August 2021.
Read the Feature: https://www.nzgeo.com/stories/billion-dollar-fish/
Photograph Richard Robinson © 2021.
Rights managed image. No Reproduction without prior written permission. 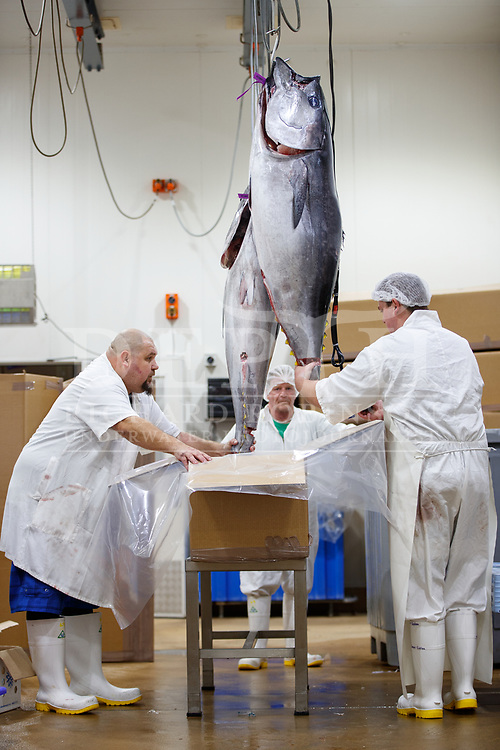