Southern bluefin are powerful hunters, eating fish, squid and crustaceans. Their warm blood supercharges their muscles, allowing them to accelerate at twice the rate of a Ferrari, and keep up a steady pace of three kilometres an hour for weeks at a time. They live for much longer than other tuna species, up to 40 years, and the largest of them top two and a half metres in length and 260 kilograms in weight. Unlike skipjack tuna, which are sexually mature at the age of one or two, southern bluefin don’t reproduce until they are at least eight years old. Shot on assignment for New Zealand Geographic Issue: 170 July August 2021.
Read the Feature: https://www.nzgeo.com/stories/billion-dollar-fish/
Photograph Richard Robinson © 2021.
Rights managed image. No Reproduction without prior written permission. 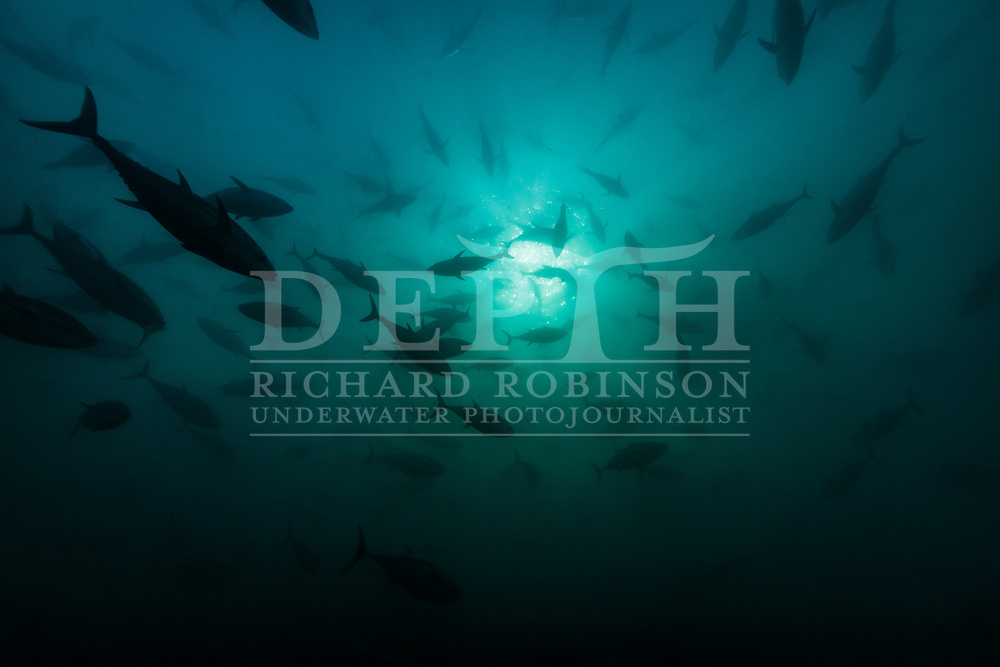