No matter how well her seal and sea lion stand-ins did, for many people there’s no show without the dolphins, a belief that sparked a 13,589-signature petition calling for the Government to finance replacement dolphins. A parliamentary select committee ruled against the proposal in May 2008, citing scientific evidence of the detrimental effects of captivity on dolphin health.
Shot on assignment for New Zealand Geographic Issue: 94 November – December 2008.
Photograph Richard Robinson © 2008.
Read the Feature: https://www.nzgeo.com/stories/the-last-dolphin/ 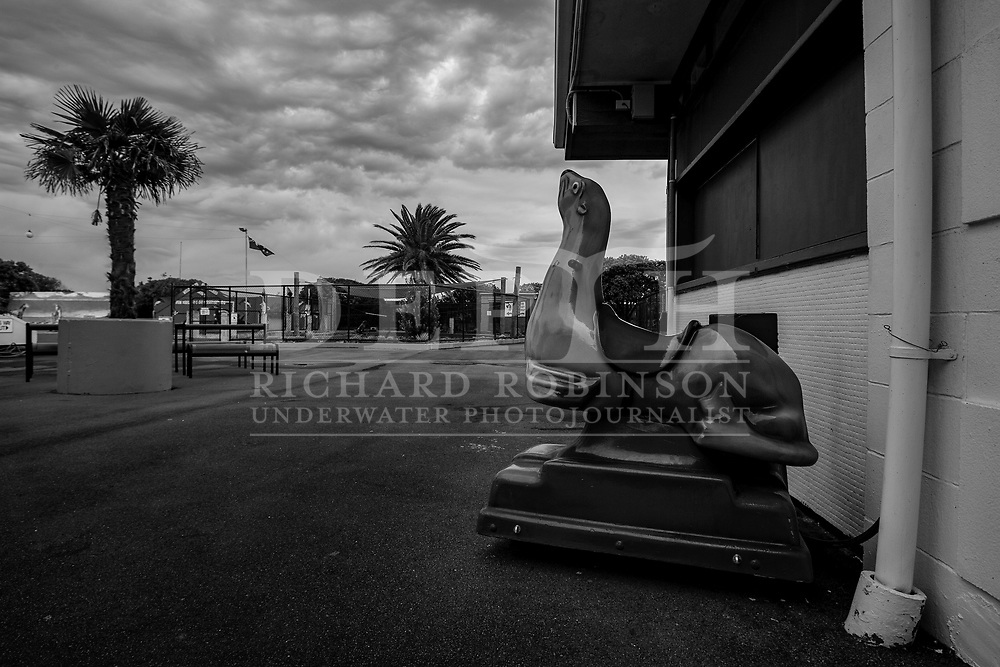