Three decades ago, no one thought that voracious, migratory tuna could thrive in a cage, but ranching has been so successful that the vast majority of Australia’s 6165-tonne quota of southern bluefin is now harvested from the pens off Port Lincoln.
The remote town of around 16,000 people lies near the tip of South Australia’s Eyre Peninsula, more than seven hours’ drive from the state capital, Adelaide. For two generations, tuna has been such big business that the place reputedly has more millionaires per capita than any other Australian locality.
Shot on assignment for New Zealand Geographic Issue: 170 July August 2021.
Read the Feature: https://www.nzgeo.com/stories/billion-dollar-fish/
Photograph Richard Robinson © 2021.
Rights managed image. No Reproduction without prior written permission. 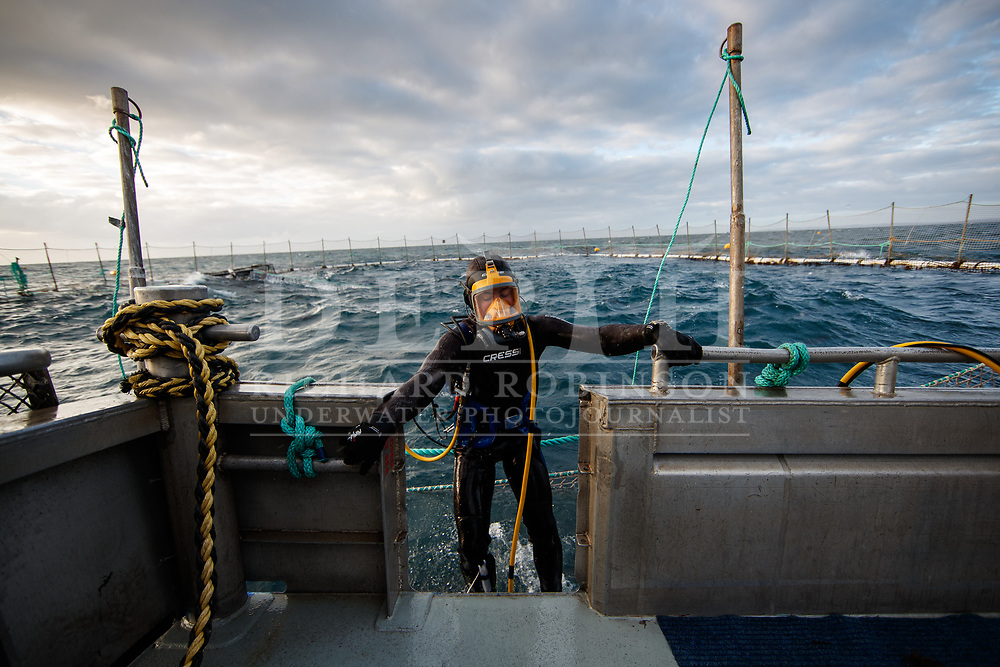