The glamorous Moorish idol is a colourful symbol of the tropical influence at the Kermadecs. These painted reef fish are found throughout the tropical Indo-Pacific and are omnivorous; ‘oligotrophs’ which can thrive in low nutrient environments. Unlike the temperate seas around the New Zealand mainland—rich in nutrients upwelling from the south and washing off the land—tropical water has low productivity and high diversity, favouring generalists like the idol that feed on invertebrates and sponges. Scientists are interested to know if such tropical fish are actually breeding at the Kermadecs or are merely recruits washing in with currents as larvae from Norfolk and Lord Howe Islands.
Shot on assignment for New Zealand Geographic Issue 111 September- October 2011.
Photograph Richard Robinson © 2011
Read the Features: https://www.nzgeo.com/kermadecs/ 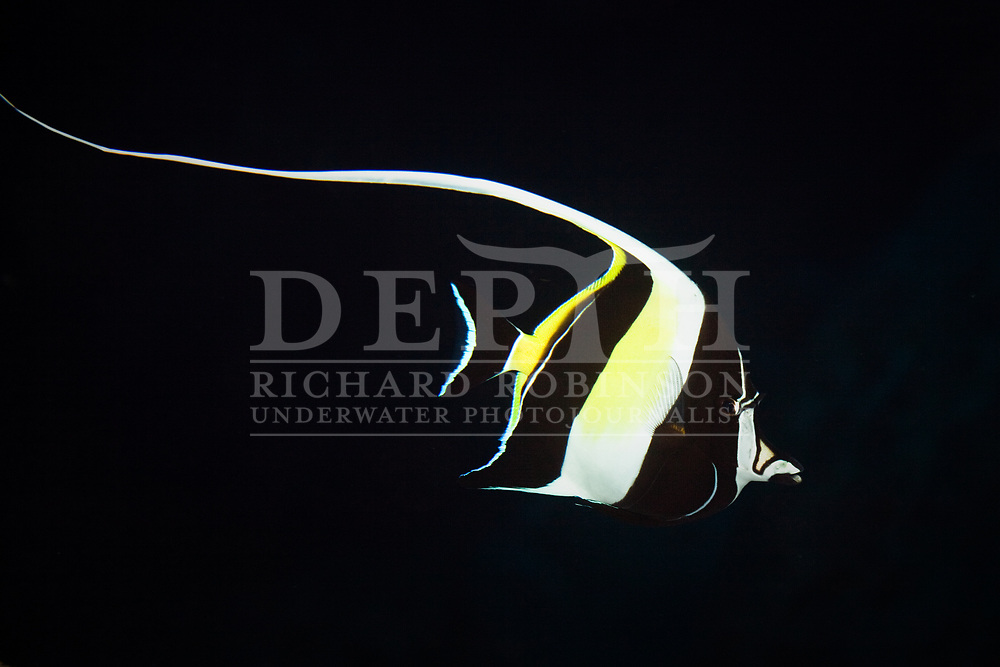